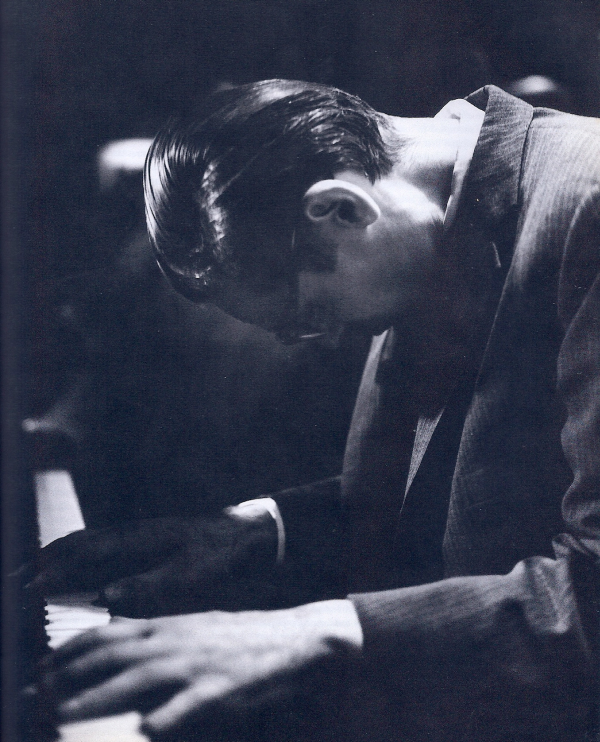 I'm not sure I can add much to what's already been said about the late and great jazz pianist Bill Evans. I remember something my late sister Erin once said about Bill - he was playing things such as Peace Piece long before we ever heard new age music from pianist such as George Winston. When an artist is so far ahead of where everyone else is (such as Charlie Parker or John Coltrane), then the artist can pay an incredible high price. It is those who innovate the most that usually fall the hardest.

However, Bill never viewed his life in a tragic way. In fact he considered his journey to be a relatively easy one. Granted it was awful to hear of stories about how Bill was rejected during some of his early playing. But for the most part there is much more beauty and expression in what we hear from the great artist such as Bill Evans or Charlie Parker.

I remember listening to Bill at our home in Baton Rouge and I was amazed at the sound he could get out of the piano. The way he struck the keys in a certain way or the use of the pedals to bend notes. There was so much going on "under the hood" that one had to pay extremely close attention to his playing. Even his phrasing and where he played in the register were different. So it was easy to miss what was going on and simply dismiss his playing as average.

Perhaps Jack Maher put it best in his liner notes on Bill's Trio 64 LP: "The broad meaning of music is so personal that it's useless to try and explain it. It has to do with the vague, half-dreamed things that dart through a person's mind as he thinks and feels. It's not only the meat and potatoes of life but the cotton and gauze as well."

Listen to Rare Recordings of the Bill Evans Trio

"My memories of Bill, like his music, are beautiful. He was one of the greatest pianist, and his memory will live in the minds of people and fellow musicians forever." - McCoy Tyner

"He came through with chord voicings that were refreshingly new tonalities from what I had been hearing, and based on traditional harmonies he used his own voicings which gave them a new sound. His pianistic style influenced pianist all over the world and his concepts added greatly to the store house of jazz piano." - Teddy Wilson

"To me Bill was the Chopin of jazz. He was a great artist." - Jimmy Rowles

"Bill's contribution to the world of music and aesthetics is unable to be measured. Those he inspired know. I personally have learned a great deal from him!" - Chick Corea

"To be nobody but yourself in a world which is doing its best to make you like everybody else, means to fight the hardest battle any human being can fight. The important things do not change. We change . . Bill Evans had courage, the courage to wait. He fought the battle and won . . He was and is my main inspiration musically. He inspired an entire generation of musicians." - Richie Beirach

"Of all the pianists who influenced my playing, Bill leads the pack as far as the quality and amount of influence. I've always been influenced by harmony and touch. Bill was a master of both. The first time I heard him was on Kind of Blue with Miles - the whole concept of modal playing began with that piece. Aside from Miles, it was Bill who utilized the modal approach the most. I had been listening to Oscar Peterson, Horace Silver, and all, but I never heard anyone play like Bill before. He knocked me out - I loved it!" - Herbie Hancock

"To me he relayed a very natural and human spirit. He had a tremendous urge and love to communicate, and he did so by means of his musical connection with the piano, his way of looking at everything from many different angles, always endeavoring to reach to the inner side of things both musically and humanly. Through his music he turned fantasies into living, breathing realities that remain with us." - Joanne Brackeen

"It is our great fortune that Bill left us his many recordings. These span virtually his entire career and they accurately reflect what he was focusing on at any given time. In case you never knew Bill, or want to get to know him and his work better, or perhaps you have already begun to forget how marvelously he played the piano - please take full advantage of his recoding legacy. Thank you, Bill, for not forgetting us." - Warren Bernhardt

"I was in college when I first heard Bill on a George Russell Jazz Workshop album. I was tremendously impressed, and, of course, knocked out by the priceless series of trio recordings on Riverside that followed. His gift to jazz piano, and to the music as a whole, is immense. Not all great musicians have the capacity to take a non-competitive delight in the work of others. Bill did, and I treasure the enthusiasm and support he gave me at several important points over the years." - Denny Zeitlin